The acclaimed producer’s new music video, animated by FISE and GASOLINE, captures the experimental bass and exciting, Daft Punk-like melody from the track off his new ‘Parallel:S’ EP. 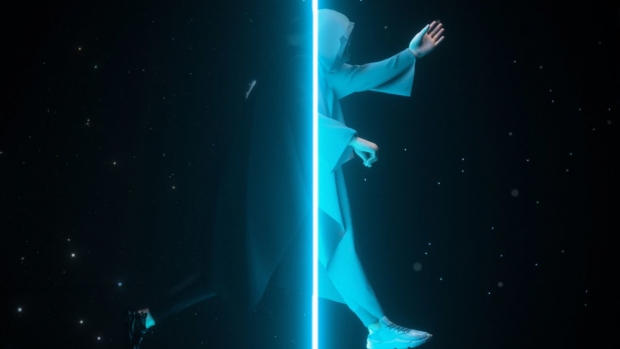 1788-L has shared the official music video from “Automaton,” a single off his critically acclaimed new 2-track EP, Parallel:S.  His first release since 2019, Parallel:S marks an explosive evolution in 1788-L’s sound.

The music video, directed by 1788-L, was animated, modeled, and composited by FISE, with advanced animation by GASOLINE. According to FISE, 1788-L provided a fully fleshed out concept for the film to begin the project. “1788-L approached me with an already laid out timeline and drawings of what he wanted the video to be,” he explains. “From there, we moved scenes around, playing with different ideas. First, I created and gathered the assets. Once 1788-L approved the different characters, clothing, objects, and environments, we moved into production.” FISE chose Cinema 4D for scene creation, ZBrush for the character design, Marvelous Designer for clothing and cloth simulations, World Creator for landscape creation, and After Effects for post FX and color correction. “The color scheme and style were very much brought on by 1788-L, who already had ideas in mind and knew exactly how he wanted everything to look.”

Including the creation of EP artwork, which FISE also produced, the project took almost three months. “What took the most time was the going back and forth making everything as perfect as could be,” he reveals. “Also, there were many things I had not really played with that much and needed to learn for this project. Plus, the rendering alone for the project took almost a month.”

“Some of the character rigging and animating was pretty challenging,” FISE says. “That was when we brought GASOLINE onto the project. He's amazing at character animation and has worked with so many great artists. He's also a friend of mine, so it was a no brainer to bring him on board. He worked on the animations for approximately 5 days and really nailed it. No doubt he was the man for the job.”

Parallel:S EP is available on Deadbeats and all streaming platforms.