The Academy Award-nominated and Palme d’Or-winning duo reveal the poetry of a near-death experience in their latest animated short. 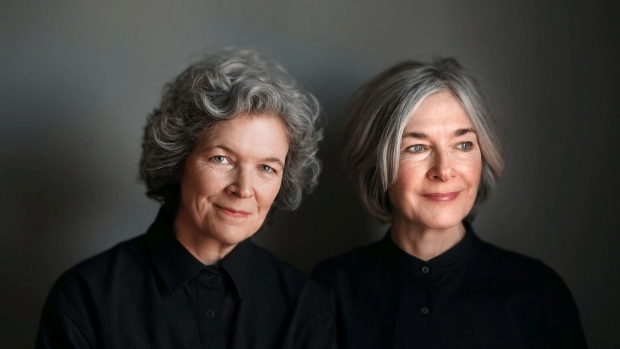 What makes up a life? This burning question is a recurring theme in the work of animators Wendy Tilby and Amanda Forbis, and their latest offering, The Flying Sailor, proposes a breathtaking answer.

The film draws inspiration from the 1917 Halifax Explosion, the largest non-nuclear explosion in history, and the tale of one man who was hurled two kilometers by the blast and lived to tell the tale. Tilby and Forbis bring time to a standstill, depicting a few seconds in a man’s life as he sails through the air, facing impending doom. By suspending the sailor between life and death, the film shows that our lives are fleeting, precarious, profound—and in the grand scheme of things, arguably insignificant.

To learn more, watch this Meet the Makers video in which Tilby and Forbis detail their creative process and their approach to storytelling:

“We’re interested in what defines a life at the moment of death, or near death,” Tilby explains, as she and Forbis delve into their process. The idea for the film came to them over 20 years ago on a visit to the Maritime Museum in Halifax. “It seemed like the perfect idea for animation because there were opportunities for going off in directions that were surreal, imaginative and abstract.”

After researching near-death experiences, Tilby and Forbis came upon a touchstone for the film: the idea that one’s final moments might be beautiful, without grief, anxiety or pain. The result is a haunting, poetic use of both 3D and 2D animation, with live-action segments and photographs woven in, which produces a mesmerizing imagining of the sailor’s existential journey.

Forbis and Tilby have an outstanding track record together, having partnered on two other films at the National Film Board of Canada, When the Day Breaks and Wild Life, both of which were nominated for an Oscar. Tilby’s earlier solo film, Strings, also garnered a nod from the Academy.

Written, directed and animated by Amanda Forbis and Wendy Tilby, and produced and executive produced by David Christensen (NFB), The Flying Sailor is presented by The New Yorker and the National Film Board of Canada and is currently streaming in The New Yorker’s screening room.

‘Natural Habitat Shorts’: Like ‘Ranger Rick,’ But for Adults
Framestore Sets Sail on ‘1899’ with New Virtual Production Tools
Animated Characters: The Art of Babbitt – Part 1
Bruce Smith and Ralph Farquhar Talk ‘The Proud Family: Louder and Prouder’ Season 2
VFX is the ‘Thing’ for Tom Turnbull on Tim Burton’s ‘Wednesday’
We Need to Chat
Choc Chip Animation Riffs on Pop Culture in ‘The Art of Murder’
F is for Flake: The (Not So) Great Animation Robbery?
END_OF_DOCUMENT_TOKEN_TO_BE_REPLACED