With eight of the 10 shortlisted films available to watch online, take a closer look at this year’s contenders for an Academy Award nomination for best animated short film. 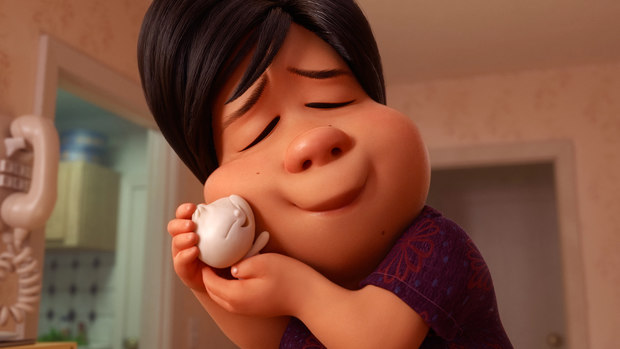 On the heels of this week’s announcement of the 10 animated short films vying for a nomination at the 91st Academy Awards, here’s a closer look at the films that made the cut.

Set on the open ocean in 1900, Age of Sail uses real-time graphics to tell the story of William Avery (voiced by Ian McShane), an old sailor adrift and alone in the North Atlantic. When Avery reluctantly rescues Lara, a young woman who has mysteriously fallen overboard a passing steamer, he finds redemption and hope in his darkest hours.

In the 2D-animated Animal Behaviour, the latest short film from the Oscar-winning duo behind Bob’s Birthday, five animals meet regularly to discuss their personal struggles in a group therapy session led by Dr. Clement, a canine psychotherapist.

The comical yet moving short presents a menagerie of animals with issues and anxieties not so different from our own. The group includes Lorraine, a leech who suffers from separation anxiety; Cheryl, a praying mantis who can’t seem to keep a man; Todd, a pig with an eating disorder; Jeffrey, a bird with guilt issues; and Linda, an obsessive-compulsive cat. But this week’s session proves to be a challenge for the group when they’re joined by a reluctant new member: Victor, an ape with anger-management issues. As Victor navigates his first session, learning about each group member’s issues and the techniques employed to manage them, he resists the therapy process, upsetting the group dynamic and ultimately giving in to his own animal nature.

An aging Chinese mother suffering from empty-nest syndrome gets another chance at motherhood when one of her dumplings springs to life in Disney-Pixar’s new animated short Bao.

Set in the Australian outback, Bilby follows the desert-dwelling marsupial Perry through the trials and tribulations of “parenthood” after he saves an adorable defenseless chick from predators and inadvertently becomes her protector.

The 2D-animated Late Afternoon tells the story of Emily, who finds herself disconnected from the world around her. She drifts back through her memories to relive different moments from her life. Emily must look to her past so that she may fully understand the present.

The stop-motion animated Lost & Found shares an adorable yet tragic love story between a fox and a bumbling knitted dinosaur which must completely unravel itself to save the love of its life.

The CG-animated One Small Step follows Luna, a young Chinese-American girl who dreams of becoming an astronaut. From the day she witnesses a rocket launching into space on TV, she is inspired to reach for the stars. Luna lives with her loving father Chu in the big city. He supports her with a humble shoe repair business he runs out of his garage. As Luna grows up, she faces all kinds of challenges in pursuit of her dreams.

On the windy and cloudy beach, Granny is praying, Mum is shouting, the sisters don’t care, Lucas is alone. Grandpa was a weird guy, now he’s dead.

Weekends is the story of a young boy shuffling between the homes of his recently divorced parents. Surreal, dream-like moments mix with the domestic realities of a broken up family in this hand-animated film set in 1980's Toronto.

Nominations will be announced on Tuesday, January 22, 2019. The 91st Oscars will be held on Sunday, February 24, 2019, at the Dolby Theatre at Hollywood & Highland Center in Hollywood, and will be televised live on the ABC Television Network.