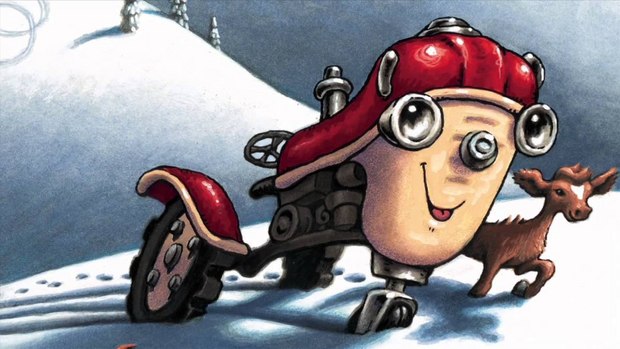 Toronto, Canada -- 9 Story Media Group announced that it has entered into an agreement with Penguin Young Readers for the option to produce an animated television series based on the #1 New York Times bestselling children’s book series, Otis the Tractor. Written and illustrated by Loren Long, the series is published by Philomel Books, an imprint of Penguin Young Readers. The Otis book series debuted in 2009, selling over 1.5 million copies to date across 9 titles. Under the terms of the deal, 9 Story has also optioned merchandising and licensing rights for the property.

“We are thrilled to bring Loren Long’s beloved characters into the 9 Story family,” said Natalie Dumoulin, Vice President of Creative Affairs for 9 Story. “Otis the Tractor is a character kids connect with universally – he may be small in stature, but he has a heart of gold and teaches his audience the values of loyalty, courage and friendship.”

“Otis is the person, or in this case, tractor, that we all want to be—brave, loyal, patient, determined, and a true friend to the end,” said Michael Green, President & Publisher, Philomel Books. “I can’t think of a better role model or companion for kids. And I’m so grateful that Otis has found a quality partner in 9 Story.”

“I’m excited to team up with 9 Story, and for Otis to putt-puff his way into even more homes, and make even more friends!” said Loren Long, author and illustrator of the Otis series.

#1 New York Times bestselling picture book Otis spent almost 20 weeks on the New York Times bestsellers list in 2009. Loren Long’s “majestic, whimsical, and rousing” (Publishers Weekly) artwork and comforting, satisfying story immediately turned Otis into a beloved picture book character. Otis has continued to putt-puff-puttedy-chuff all over the bestseller list in titles such as Otis and the Puppy, Otis and the Tornado, an Otis Christmas, and Otis and the Scarecrow. In addition to the Otis series, Loren also illustrated such acclaimed books as Watty Piper’s The Little Engine That Could, Madonna’s Mr. Peabody’s Apples, and President Barack Obama’s book, Of Thee I Sing: A Letter to My Daughters. He lives in Cincinnati, Ohio with his wife and two sons.