The 5 Most Memorable Animated Christmas Characters

Flipbook Studio founder Andrew Lord shares a list of his favorite UK commercials that warmly affirm the spirit of the season. 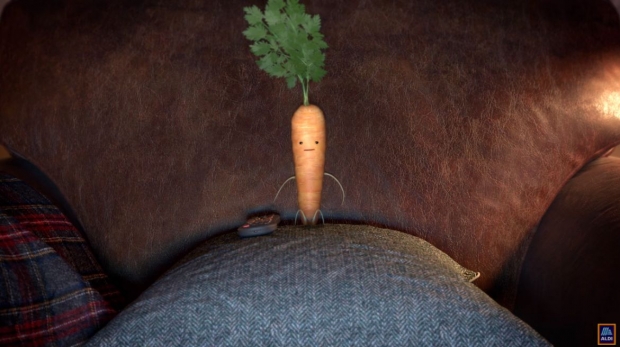 Christmas ads are part of the great cultural holiday fabric in the United Kingdom, as retailers and brands produce clever, eye-catching, and often heartwarming clips that affirm the spirit of the season.

While every year sees many ads that become viral hits and water-cooler chat fodder, the very best of them transcend any one holiday season and become truly memorable and enduring bits of pop culture. And although these ads typically do not overtly try to sell anything, the most successful ones still leave a strong and positive impression for the brand.

Animated characters have increasingly become a key part of Christmas ads, whether they are fully animated clips -- hand-drawn or CG -- or a hybrid of real-life footage and digital elements. Technology now allows creators to run wild with their imaginations in ways previously unseen, delivering whimsical, one-of-a-kind results, or expertly crafted heartfelt moments.

Here are five of the most iconic animated characters seen in Christmas ads to date:

John Lewis Christmas adverts are always head-turners, but 2014’s “Monty the Penguin” stands tall and was chosen as the all-time best John Lewis Christmas ad by RadioTimes readers. It’s a deeply touching two minutes, as we see a young boy named Sam and his CG-animated imaginary penguin pal. Sam is happy, but Monty clearly craves another kind of love as indicated by his solemn stares and the plaintive background music. Finally, Sam gets his Christmas wish: a penguin companion for Monty, and it turns out that they’re both stuffed animals. Pairing beautiful CG work with filmed actors delivered a truly affecting Christmas moment.

Mog’s Christmas Calamity likewise opts for a CG creature in a real-world setting, but this Sainsbury’s ad does so in a way that is both hilarious and heartwarming. In it, Mog unwittingly trashes an entire house before setting it ablaze, with ultimately grim results. But the family’s neighbors, seeing the destruction, all pitch in to not only clean up the disaster but also bring over a bit of everything for a community Christmas dinner. Sharing is caring in this charming ad, which deftly dodges commercialism and has racked up 41 million YouTube views since 2015. Aldi’s Kevin the Carrot has become part of the Christmas conversation since the first ad aired in 2016. It was a humble start, seeing the orange, anthropomorphic CG vegetable sitting on a chair, excitedly waiting for… the John Lewis ad to play? That unexpected twist and self-referential approach struck a uniquely humorous tone in the world of Christmas ads, helping establish Kevin as an annual fixture and even leading to hotly in-demand carrot toys.

Heathrow Airport made a splash in 2016 with this beautiful ad showing an elderly teddy bear couple navigating the terminals, attempting to retrieve their oversized luggage, and getting into other unexpected shenanigans along the way. But at the end, the lifelike CG bears are actually revealed to be stand-ins for human grandparents, as their young grandkids run in for hugs. It’s such a warm and sweet ad that effectively paints Heathrow as the link to reconnect families and loved ones - particularly touching now given current travel restrictions. If you fall into a certain age group, then you may recall the wonder that this iconic Toys “R” Us advert bestowed upon kids in 1989, painting the toy retailer as a magical land of fun. Geoffrey and his helpers are working to make the store perfect for kids, but also having a blast at the same time, truly setting up Toys “R” Us as not only a shop but a destination. The hand-drawn style looks just like a children’s cartoon of the era, and even now it can’t help but get the nostalgic juices going and force a grin onto the faces of kids of all ages.

Although animation techniques have evolved over the years, the success of an animated Christmas character lies in the strength of the story and concept, delivered through a believable and relatable character.

The pandemic has made 2020 a very difficult year for many people, but there is building optimism about the next year ahead: that vaccines and treatments will lead to a return to normalcy to some extent. I believe that next year’s Christmas ads will also reflect this sweeping tide in their tone, while making use of the latest technological advances to deliver even more mesmerizing results with animated characters and scenarios.

Expanding marketing budgets, as the economy regains strength, may likewise enable more robust and daring adverts. Who knows? The next iconic Christmas ad character could well be among them.

Taking an Old-School VFX Approach in ‘All Quiet on the Western Front’
‘Natural Habitat Shorts’: Like ‘Ranger Rick,’ But for Adults
Framestore Sets Sail on ‘1899’ with New Virtual Production Tools
Animated Characters: The Art of Babbitt – Part 1
Bruce Smith and Ralph Farquhar Talk ‘The Proud Family: Louder and Prouder’ Season 2
VFX is the ‘Thing’ for Tom Turnbull on Tim Burton’s ‘Wednesday’
We Need to Chat
F is for Flake: The (Not So) Great Animation Robbery?
END_OF_DOCUMENT_TOKEN_TO_BE_REPLACED