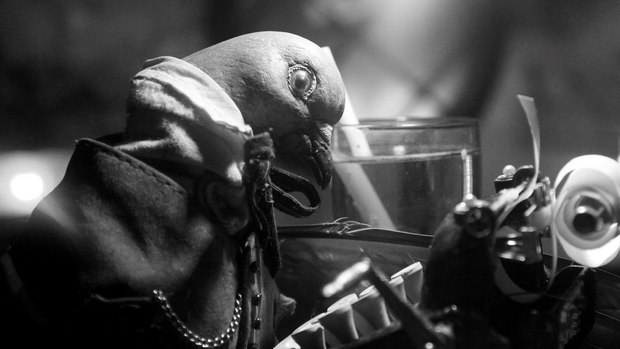 The very fine Sommets du cinéma d’animation gets rolling next Wednesday, November 23. The 5-day event will feature competitive and non-competitive screenings, exhibitions, VR work, masterclasses along with an array of wide-ranging panel discussions. The Sommets will open with the world premiere of the short satire, Je ne sens plus rien, with filmmakers Noémie Marsily and Carl Roosens in attendance.

Two special masterclasses will focus on a couple of leading ladies of animation. Diane Obomsawin (her most recent film, J’aime les Filles, took home the OIAF 16 Grand Prize) will present and discuss her film and comic book work, and then will invite audience members to collaborate in the creation of an animated GIF inspired by her legendary sense of humour. American Joan Gratz (Mona Lisa Descending a Staircase, 1992 Oscar winner) will also be on hand present her films and discuss her unique “claypainting” technique.

Special talks will include Money and Eyeballs, a discussion about the challenges of financing and distributing films in an internet dominated world and A Near-Perfect History of Animation

Canadian animator, Steven Woloshen will also be on hand to receive the René-Jodoin Award in recognition of the exceptional work of a leading figure in Canadian animation.

In addition to exhibitions of the works of Diane Obomsawin and Clyde Henry Productions (Madame Tutli-Putli), there will be a free Virtual Reality Garden projecting six recent works in 360°.

Tickets will be available as of November 14 at the Cinémathèque québécoise, 335 de Maisonneuve Blvd. East, Montreal- Berri-UQAM station.